Multicultural policies recognize the existence of different cultures, traditions, beliefs, and views within a single area, region, or country. Different cultural traditions are usually associated with national minorities, ethnic groups, and indigenous or aboriginal people. Multiculturalism endorses the idea of a culturally diverse and inclusive society to avoid ethnic conflict. This is the exact opposite of assimilation which aims at cultural assimilation. 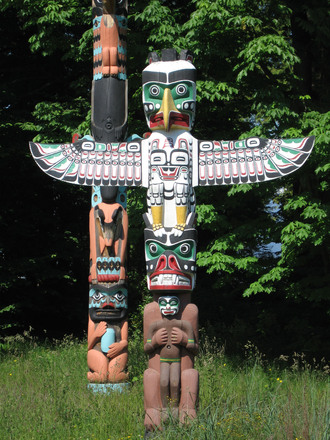 In Canada, multiculturalism is also understood in the sense of recognition and celebration of diverse cultural backgrounds. It is also a way to achieve inclusive citizenship for all national and ethnic minorities. The term as such was first coined in the 60s to counter the idea of biculturalism. The Canadian Multicultural Act was enacted in 1985 to help preserve cultural heritage and recognize that all Canadians have the right to freedom of peaceful association and assembly, expression, opinion, thought, religion, and belief. The Canadian Constitution also recognizes and protects the rights of indigenous people while the Canadian Human Rights Act protects all citizens from discrimination and discriminatory practices. What is more, multiculturalism is not only a subject of intellectual debate in Canada as in other countries. It is an official policy and everyone has the right to actively participate in political, economic, and social affairs.

Provinces and Their Approach to Multicultural Policies

There are some provincial differences in terms of approaches and policies. Ontario and Quebec, for example, have statutes and policies that focus on interculturalism and multiculturalism. In Ontario, the Ministry of Citizenship and Immigration is tasked with encouraging all Canadians to share their cultural values and heritage. The Ministry of Cultural Communities in Quebec oversees the implementation of intercultural policies and objectives. Today, 6 out of 10 provinces have some form of multicultural legislation, and namely, Nova Scotia, Quebec, Manitoba, Saskatchewan, Alberta, and British Columbia. Eight provinces also have advisory councils – Nova Scotia, Prince Edward Island, New Brunswick, Quebec, Manitoba, Saskatchewan, Alberta, and British Columbia. The territories have enacted human rights acts that protect citizens from discrimination based on religion, place of origin, ethnic origin, race, etc. Some territories have committees or centres that serve citizens. Immigrants to Yukon, for example, are offered services through the Multicultural Center of the Yukon.

Multicultural policies have resulted in higher levels of naturalization in Canada. The reason is that newcomers feel no pressure to abandon their culture, traditions, and beliefs to become Canadians. Thus many immigrants choose to become Canadians and stay true to their culture and beliefs at the same time. The reason why newcomers choose new citizenship is that the Constitution, and the Canadian Charter of Rights and Freedoms in particular, give equal rights to all citizens. The Charter gives citizens liberties and freedoms such as freedom of mobility, religion, expression, etc. New citizens are encouraged to participate on equal terms in all aspects of life, including economic and cultural affairs.

Today, multicultural policies are adopted and implemented at the local, regional, and national levels. Policy makers pay special attention to aboriginal people and their rights. There are proposals to give aboriginal people the right to self-government as a way to ensure equality and better visibility and representation. In 1996, a report by the Royal Commission of Aboriginal Peoples made a recommendation to give indigenous people the right to self-government. And in fact, the government has already signed self-government agreements across a total of 22 jurisdictions. Some of them are in the form of land claim agreements which give Aboriginal people jurisdiction control over land management. The idea of self-governments for indigenous people aims to achieve the ideal of good governance, one that is transparent, efficient, and accountable. Various programs have been developed and implemented as well, with а focus on advocacy and cultural projects and activities.